The Effects of Wireless Radio Waves on Bees 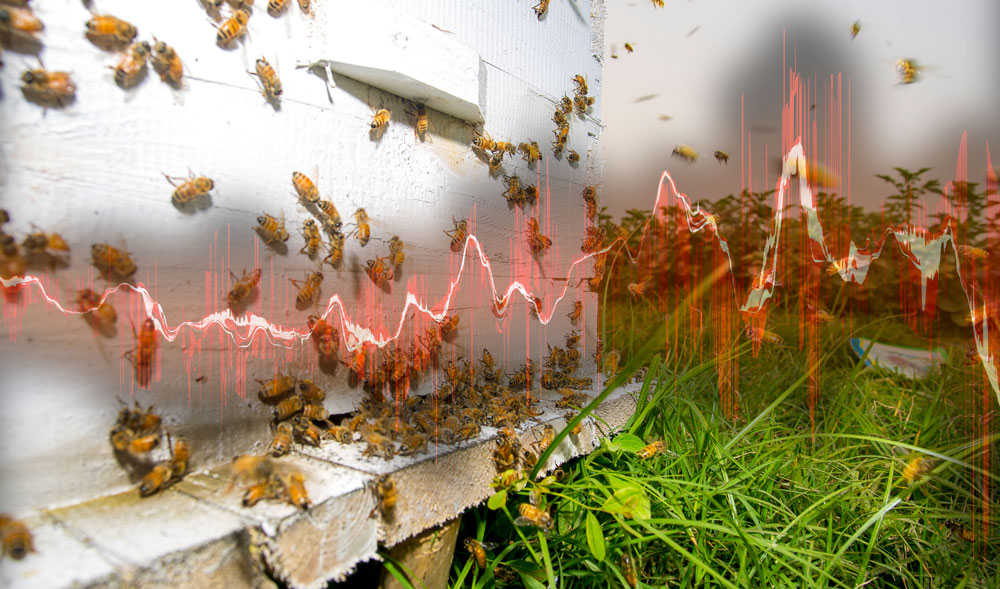 As a vital part of our global ecosystem, honey bees are involved in far more than most individuals would believe. Without honey bees and the important work that they do, life as we know it wouldn’t be the same. In fact, Albert Einstien himself once said: “If the bee disappeared off the surface of the globe, man would have only four years to live.” With the bee having such an important role to play in our world, we should do our very best to ensure that they continue in a healthy and productive environment!

Unfortunately, in the past several years reports have begun to show that the bee population in various parts of the world has drastically dropped. Some studies show that in the United States alone, there has been a drop of nearly 30% in the bee population – leading to a mysterious diagnosis known as colony collapse.

In order to help understand these destructive drops in bee population size, many scientists have begun to run studies attempting to link colony collapse disorder to new and novel technologies that were introduced around the time of the population decline. Studies have since begun to reveal that there is a possible link between bee decline and increased wireless radio waves.

In a report on bee populations in India, scientists Ved Prakash Sharma and Neelima Kumar ran several studies that showed that an increase in the use of wireless radio waves increased the amount of “electropollution” in the bee’s environment. The scientists noted:

As it becomes increasingly more difficult for bees to navigate as they normally would due to the ever-increasing invisible waves, many are dying off from having their navigation systems fried – leaving them lost and unable to survive! This could point to the collapse of large populations of bees that have never been seen before until the advent of the mobile phone and wireless internet age.

As the risk increases for these vital members of our global ecosystem, the damage could be catastrophic. One less bee means one less part of the grand chain that holds the world food supply together. At The Honey Ladies, our goal is to increase awareness of these dangers that bees face and work together to help our tiny friends!

Let’s Save These Vital Members Of Our Global World – Together

Want to know how you can help make a difference for these wonderful creatures? In order to help save and rebuild the bee population across California, The Honey Ladies, San Jose’s premier bee rescue team, rescues thousands of beehives from certain doom throughout the Bay Area.

Do you need professional bee removal services, or simply want to learn more about how to protect bees from continued risks leading to Colony Collapse Disorder? Contact The Honey Ladies today, and let’s save the world – one bee at a time!